The Calm After The Storm! 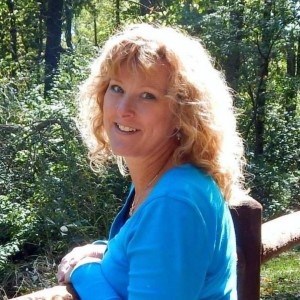 When you are use to waking up each day not knowing for sure what is in store for you, there is no peace, there is no calm.  There is just uncertainty and determination to survive.  So really, it is like being stuck in a storm with loud thunder that makes everything shake and lighting that can sometimes send terror through your soul.

You may not understand this but through this experience, I have truly been blessed.  Blessed, because God led me to my support group, to the leaders and my counselor.  Blessed, because of the support that I had from my boss and my co-workers that rallied around me when I revealed what I had been going through and the plan that was ahead.  Blessed, because Ron left, never to contact me again or to make me aware of his presence again.

After Ron left, after the shock of it all, I felt the peace.  Suddenly, I was all alone and the egg shells were gone.  I was in a place that I had very little money, I couldn’t go back to work right away and none of my bills had been paid.  I knew that all of those things would work out, all that mattered is the torment was gone.

Even though there was peace, the fear was still there.  I didn’t know at the time that Ron would leave me alone, so I had fear that he would show up.  I knew he was watching me, keeping tabs on me.  I wouldn’t use my computer at home because I feared he would know somehow.  He was a computer programmer and use to say he should have been a private investigator because he was so good at finding out things about people.  He was good at it and I didn’t put anything past him.

For a long time I was mindful of what I was doing in my bedroom, making sure I didn’t change my clothes in there.  I knew it was probably unlikely that he had cameras hidden and I had looked everywhere.  However, he had done this when he was with his ex-wife so I knew it was possible.

I had fear when going out in public places like the grocery store.  Ron knew my routines and I had fear of seeing him.  I didn’t know how I would handle it.  I didn’t want to see him at all.

Fear would be triggered in me with situations as if I was still with Ron.  Things like, I would still find myself being careful not to look at other people for fear that he would think I was “hunting”, even though he was not there.  When a car parked across the street by the woods, probably mushroom hunting, I felt fear that he would accuse me of the car being there because I was cheating with someone.  Or, when my daughter got a new car and was parked in my driveway, I caught myself worrying that he would drive by and think I was with a man.

I had to retrain myself how to think.  When these things would happen, I had to stop that thought and take myself back to reality.  It is a process that all victims have to go through and it gets better but those triggers can still hit you when you least expect them, even years later.

As it grew closer to the court date of our divorce, I had less and less peace.  I had no contact with Ron other than the contact my attorney had with his.  I was scared to death of seeing him.  I had group the night before our court date.  I was a brutal mess even though I had the support of many ladies that night.  The leaders of the group, Marcia and Joy, were going with me to court.  I had decided that even though Ron took so much money, and owed me so much money towards his bills that it was not worth it.  I agreed to drop it so I could sign papers and stay out of the court room.

Marcia and Joy “protected” me from seeing Ron, or letting Ron come near me.  I happened to see Ron walk in the door from above but immediately turned away.  Joy went into the court room while Marcia and I waited outside till it was all over.  From the time Ron walked out of my home till this day, the only time I have seen him in person is that short glimpse at the courthouse.  God is so good!

What I went through after it was finally over was not what I expected.  Well, honestly, I guess I really didn’t know what to expect.  Instead of joy, I was grieving!  Even though Ron was terrible to me, I did love him.  I didn’t love the man that tormented me, I loved the good part of him.  When he told me he was going to leave and we went through that process, I kept telling him he was a terrible person.  I know, nothing compared to what he was saying to me.  I just never did that, and I never stooped to his level until than.  I also wouldn’t hug him or be near him after that.  When he said his final goodbye, I had nothing to say to him except, just leave.

So the days that followed the divorce, I began to wish I could see him one more time.   I imagined he would show up at my door so I could hug him and tell him good bye one last time.   Of course, I knew this was crazy and him showing up at my door was not an option and the truth is, I would not have even opened my door and I would have called the police.  I was just sad that our ending was with me saying how terrible he was instead of a loving goodbye.  I thought about him all the time, even in my dreams. I was truly grieving!

It was not long before I realized one day that I was not thinking about him anymore.  I know now that I had to grieve that relationship.  Not the abuse, but the relationship that I had hoped for.  Being alone again at 45 years old was not something I wanted to be.  Once I got past that short grieving period, I moved forward in my healing.

For a long time I went out in public places, watching, being careful, scared that I would see him.  I no longer do that anymore.  When I finally began to feel pretty strong, I still had no idea what it would do to me if I saw him.  I still don’t know and I hope I never do but I know he has no more power over me.

18 The Lord is close to the brokenhearted
and saves those who are crushed in spirit.

This is what God did for me.  He has never left my side and he has healed me from the inside out.  I can’t say it happened over night, because it didn’t.  I continued to go to group every week and to my counselor.  I could have stopped going to group, but I just couldn’t because there were other women that needed support, so I always went.

That June, Joy told me that Marcia was stepping down from leading Hope Ministries. She said that her and Marcia agreed that they wanted me to be a co-leader.  The best way for me to describe how I felt at that moment was, I was freaked out.  I told her I had to think and pray on it, but I already knew that it was what God wanted me to do.

God had been using people for awhile to speak into my life.  To prepare me for this moment, this turning point.  I knew that I could choose to trust and obey God, or I could take the path of my choice.  There really was no decision for me to make, I had already made it.  I made a decision long before that moment that I was going to do what God was leading me to do even if I did it kicking and screaming.

So, here I was, divorced for five months and at my final visit with my counselor that I had been with for a year.  Now God was moving me into the next chapter of this journey.  My journey into a place I never knew I could go.  To do things I never thought I could do.  To become a person I never knew I could become.

Pastor was right, God does equip those that he sends.  Over the next year an a half, I led group with Joy.  I grew a lot, healed a lot and helped other women that were currently experiencing domestic Violence or were recovering from it and I learned a lot.  In January of of 2015, due to some circumstances in Joy’s life, she needed to step down as leader of Hope.  This was very unsettling to me but I knew God would equip me for the job.

God has brought me so far and proved to me that when God has a plan for your life, it doesn’t matter if you see it or not.  If you step out in obedience to Him, He will be with you every step of the way and He will do a work through you that you never could have imagined.  A few years ago, I never could have imagined that I would be doing the things that I do today.  I don’t kick and scream anymore, I just go where He sends me and He does the rest.

This is the conclusion of my story although I’m sure that you will hear more as I talk about Domestic Violence.  I shared my story in depth for a couple of reasons.  One, for those that are experiencing some level of abuse, to help them see that they are not alone and to give them hope.  Also for those that would have been like me before my experience.  I had no idea what Domestic Violence looked like.  If I had read a story like this before my experience, this may not have happened to me.

So I say to you, Knowledge Is Power!  You never know what an impact you can have on someone just by knowing what to say or having an understanding or knowing how to help.  I encourage you to revisit here to learn more about Domestic Violence.  You do know someone that is living in domestic violence, so please share with others.  If you have questions, need help or even need prayer, please….leave me a comment or contact me.